As of this month, our parent company, Tucows, has officially been in the domains business for 20 years. They introduced OpenSRS (Enom’s then-rival, now-sister company) in 2000, not long after Enom was born. Tucows lifers share a lot of nostalgia for this era; though Tucows has grown to become the largest wholesale registrar and ventured successfully into Fibre Internet and Mobile, a unique fondness for OpenSRS’ early years remains. So what made those early years so cool? Michael Goldstein, Director of Marketing at the time, laid it out for us:

I am intentionally googling none of my recollections about the early days of OpenSRS so they will almost certainly be romanticized, exaggerated or just plain wrong. A few themes jump out at me.

We felt like we were part of a revolution

In a little corner of the world, Network Solutions was an evil empire. A government-sanctioned monopoly was getting fat and greedy and the product that they controlled (domain names) was quickly becoming more crucial to many millions more end-users around the globe. The channel (Web hosts, ISPs, IT consultants) was overcharged and underappreciated. We believed so strongly that these managed service providers (as we liked to call them at the time) knew the end users best and would take the best care of them if they just got the tools and pricing they needed.

We really enjoyed ourselves 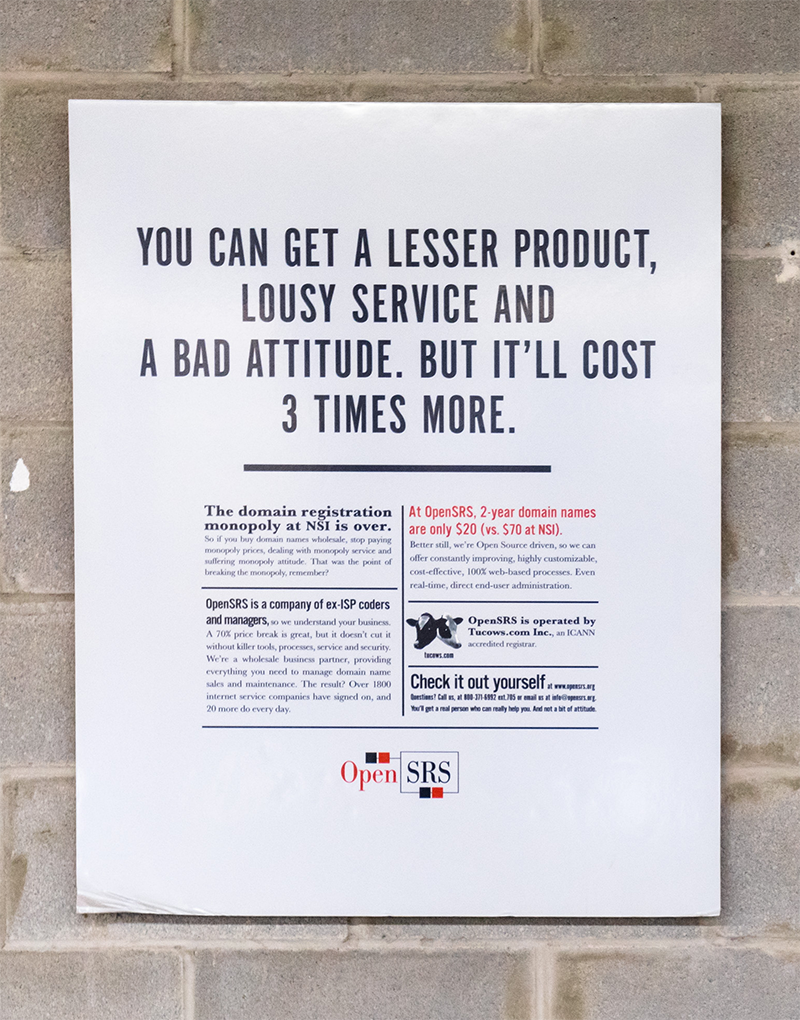 When trends and forces are all delivering customers to your doorstep, it’s pretty easy to think you are clever. We ran magazine ads that said, “You can get a lesser product, lousy service and a bad attitude. But it’ll cost 3 times more.” (Oh, fun fact! Andy Berndt, the guy who wrote that ad for us as a freelance copywriter, is now in charge of all creative output at Google as founder and Managing Director of their internal Creative Lab. He also played Duke basketball for a season as a walk on.)

We couldn’t get enough cow references

We built the .MOO top-level domain to demonstrate our registry management solution. I also personally gave away two cows at ISPCon in San Diego to celebrate our two-millionth (I think!) domain name registration. The prize was actually a choice between two cows, a year supply of milk or the cash equivalent. We bet heavily on the winner taking the cash.

I rented the cows from a nearby dairy farmer for just one hour and paraded them across the plaza outside the conference center to chants of Who Let The Cows Out! (If that reference isn’t immediately familiar to you, I’m not going to explain it.) If I remember right, we intended to also highlight the winning registered domain name in our promotional materials and media outreach but chose not to because it was pretty shockingly pornographic (like the thousand domains registered before and after it). Good times.

We weren’t thinking about 25 million domains

Everything we did was done to quickly solve a problem or seize an opportunity. We listened well. We hustled. But we never expected that we would be using the things we built twenty years later. We certainly never imagined that we would eventually acquire and integrate half the other challengers that launched at the same time we did. Now we’re all growneded up. We are building an integrated platform that can accommodate over 25 million domain names and over 40,000 managed service providers (or whatever we call them these days) around the world. We proudly offer a huge selection of TLDs, from .ABOGADO to .ZONE. We talk about scale and efficiency. We brainstorm and measure site usability. I think we ultimately do a better job for our customers today than we did back then. I don’t think we’ll ever be quite as cool 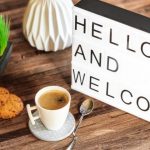 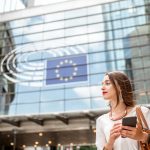 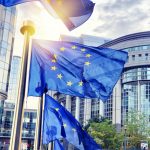